"Garota de Ipanema" ("The Girl from Ipanema") is a Brazilian bossa nova jazz song. It was a worldwide hit in the mid-1960s and won a Grammy for Record of the Year in 1965. It was written in 1962, with music by Antônio Carlos Jobim and Portuguese lyrics by Vinicius de Moraes. English lyrics were written later by Norman Gimbel.[1]

The first commercial recording was in 1962, by Pery Ribeiro. The 1964 single featuring Astrud Gilberto and Stan Getz, shortened from the version on the 1963 album Getz/Gilberto (which also included the Portuguese lyrics sung by Joao Gilberto), became an international hit. In the US, it peaked at number five on the Billboard Hot 100, and went to number one for two weeks on the Easy Listening chart.[2] Overseas it peaked at number 29 in the United Kingdom, and charted highly throughout the world.

Numerous recordings have been used in films, sometimes as an elevator music cliché. It is believed to be the second most recorded pop song in history, after "Yesterday" by The Beatles.[3] The song was inducted into the Latin Grammy Hall of Fame in 2001.[4] In 2004, it was one of 50 recordings chosen that year by the Library of Congress to be added to the National Recording Registry.[5] In 2009, the song was voted by the Brazilian edition of Rolling Stone as the 27th greatest Brazilian song.[6] 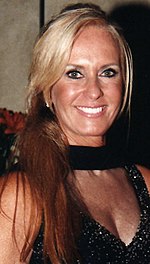 Helô Pinheiro is the "girl from Ipanema".

Ipanema is a fashionable seaside neighborhood located in the southern region of the city of Rio de Janeiro.

The song was composed for a musical comedy titled Dirigível (Blimp), then a work-in-progress of Vinícius de Moraes. The original title was "Menina que Passa" ("The Girl Who Passes By"); the first verse was different. Jobim composed the melody on his piano in his new house in Rua Barão da Torre, in Ipanema. In turn, Moraes had written the lyrics in Petrópolis, near Rio de Janeiro, as he had done with "Chega de Saudade" ("No More Blues") six years earlier.

During a recording session in New York with João Gilberto, Antonio Carlos Jobim and Stan Getz, the idea of cutting an English-language version came up. Norman Gimbel wrote the English lyrics. João's wife, Astrud Gilberto, was the only one of the Brazilians who could speak English well and was chosen to sing. Her voice, without trained singer mannerisms, proved a perfect fit for the song.[7]

The song was inspired by Heloísa Eneida Menezes Paes Pinto (now Helô Pinheiro), a seventeen-year-old girl living on Montenegro Street in Ipanema.[8] Daily, she would stroll past the Veloso bar-café, not just to the beach ("each day when she walks to the sea"), but in the everyday course of her life. She would sometimes enter the bar to buy cigarettes for her mother and leave to the sound of wolf-whistles.[9] In the winter of 1962, the composers saw the girl pass by the bar. Since the song became popular, she has become a celebrity.

In Revelação: a verdadeira Garota de Ipanema (Revealed: The Real Girl from Ipanema) Moraes wrote that she was "the paradigm of the young Carioca: a golden teenage girl, a mixture of flower and mermaid, full of light and grace, the sight of whom is also sad, in that she carries with her, on her route to the sea, the feeling of youth that fades, of the beauty that is not ours alone—it is a gift of life in its beautiful and melancholic constant ebb and flow." Try an Açaí Bowl Superfruit Smoothie - While in Rio

Açaí bowls have always been the favorite Carioca smoothie. They are... 8 Benefits of Andiroba Oil for Skin and Hair

As one of the superfruits of the Amazon region, Andiroba... Routine for Preventing Eczema and Blemishes

Eczema is a skin condition that affects about 31.6 million... The Amazonian superfruit cupuaçu (pronounced ku-pu-ah-SU) is one of nature’s most powerful...
View All